Last week I was feeling a bit down in the dumps and decided to treat myself to a professional printer with a high resolution scanner. I bought it so that I could scan my artwork and put it online. Because I spent so much I’ve been experimenting with ways to use it to my advantage when creating illustrations for my course. I used illustrations I had already done, and used Serif Draw Plus (free) and an Ipad app called Drawing Pad (around £3) to create these images and I’m super excited about how they turned out. 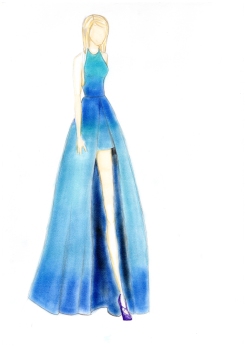 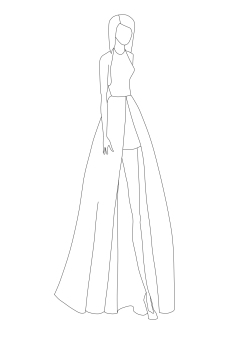 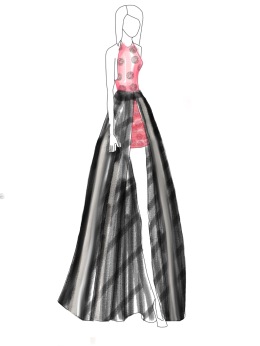 This was my first experiment, using an Illustration I did of Taylor Swift at the Grammy’s  in 2015. I scanned and opened it in serif draw plus and traced around it using the pen tool to create a vector line art. I then put the line art onto my Ipad and coloured it in using the Drawing Pad app. This took me about an hour altogether which is great for a first attempt (the second one was a lot quicker). Colouring it in on the app wasn’t easy because you can’t use layers like you can on more serious digital art software. You are also colouring with your finger;not the most accurate drawing tool.  With all that it mind I think it produced some great results for an app designed for children. For the colouring I used the chalk tool, this tool is great because light and dark strokes can be layered over eachother smoothly to create shading. I also swiped some diagonal lines through the skirt to make it look more interesting. The roses on the skirt and the bodice are just a brush I dabbed all over the bodice. 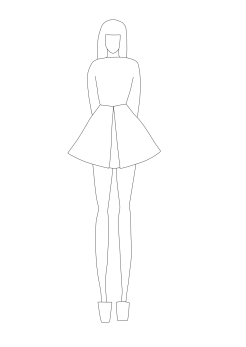 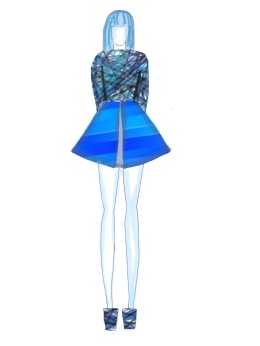 This is an illustration I did weeks ago during one of my first Illustration sessions. I really liked the simple shape of the design so I decided to recreate this one digitally too. I used the same process but it took me a lot less time because I found a way to use the drawing pad app more effectively. It doesn’t work as well as layering on professional software but I found a way to edit some parts of the drawing without touching others. I tried to work on one part of the design at a time, and each time I finished a section, I saved my work and opened the newly saved image in the app as a background. This meant that I could tidy up one part of the illustration without messing up all of the parts around it. This saved me a lot of time because I didn’t have to meticulously stay inside the lines.

I’m so pleased with how both of these illustrations turned out and I’m excited to see what else I can do with my new scanner & software. This seems like a really easy way to get the most out of my illustrations, because I can create loads of different effects on the same drawing. This technique could also help me when I am designing clothes, I could easily switch up colours and ideas without ruining the original illustration, or spending ages tracing the designs out in pencil.